Today is “Hey Day” at the University of Pennsylvania, my alma mater.

Hey Day is a one hundred year old tradition at Penn. Held on the last day of classes, before reading days and then final exams, Hey Day marks the ascension of the Junior Class to Seniors. The class gathers on the Junior Balcony in the Quad wearing red t-shirts and styrofoam skimmer hats and wielding canes, and after some celebrating (the traditional drink is a screw driver, or at least it was during my time on campus), marches down Locust Walk to College Green and then to the steps of College Hall, the main administration building on campus. The University President comes out to greet the class, say a few words and then officially declare the class as seniors.

A tradition that began in 1917, this year marks the 100th Anniversary of the original Hey Day, while last year marked the 100th Hey Day itself. Confused? So are the Penn Classes of 2016 and 2017 who each want to claim to be the 100th Hey Day class. The campus newspaper, The Daily Pennsylvanian, covers the ‘dispute’ in this article.

The University archives at Penn describes “Class Day,” which was the precursor to Hey Day here, and the traditions and history associated with Class Day, Ivy Day and Hey Day here.

Three years ago, my graduating class at Penn, the great Class of 1993, was preparing to celebrate our 20th reunion at Penn. I decided then to look back at our class’ Hey Day which was in April of 1992. I asked classmates for photos and their memories. Given the partying and craziness of the day, we are all grateful that cell phones and social media didn’t exist back then.

Even today, in our class Facebook group, classmates are reminiscing about that special day.

Here is my original post from the Frankly Penn blog, published on April 24, 2013.

As the Junior Class celebrates Hey Day today, the Class of 1993 is busy preparing for our 20th reunion in just a few short weeks. But it’s also a good time to think back and remember our time as students. It’s hard to believe that twenty-one years ago, on April 24, 1992, we were strutting down Locust Walk about to become Seniors and officially begin our last year at Penn.

Remember the bookstore wall? Huntsman Hall now stands where this wall was. Hey Day is coming – buy your hat, canes and shirts!

I asked my classmates to share their memories of Hey Day, but no one was willing to fess up and share anything on the record. So, here is Hey Day 1993…names withheld to protect the innocent.

OMG, Hey Day! I had 3 job offers and was deciding between them. Completely forgot that a rep from one of the 3 firms was coming to meet me that day to talk about his company. After many, many cocktails, I stumbled back to off-campus housing midday in my red t-shirt and broken hat to find him sitting on my front steps. I could hardly put 2 words together. Cheers to my housemates who saved the day and invited him into our filthy stinking apartment and got him completely wasted. Needless to say, I accepted the offer and stayed at that job for 12 years. It was so awesome. He was my first boss — we just had drinks together this past Tuesday!! 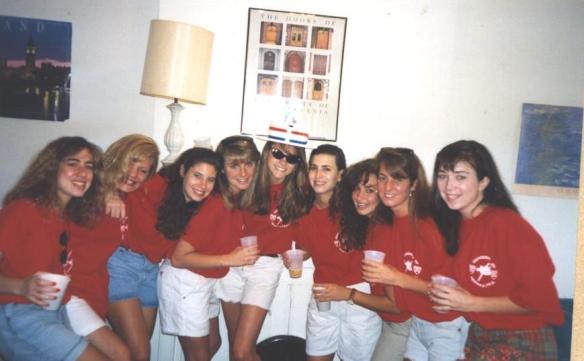 Everyone gathered in off-campus apartments and houses to start the celebration. 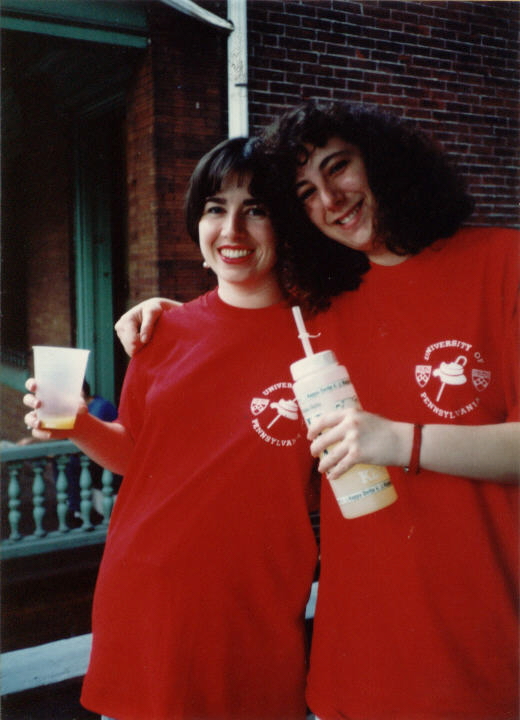 First of all it was one of my best days at Penn – being with all my best friends on the Junior Balcony, hugging each other and laughing, while at the same time seeing – in one place – so many of our classmates that I had met during the 3 years before.

I remember after all the festivities started to die down, standing buzzed in the lightly falling rain in the middle of College Green listening to Jerry Brown give a campaign speech for President. I remember thinking, “Boy did his campaign staff really pick the wrong day to come to campus!” Everyone in the audience was a drunk junior – barely standing, cheering and not listening to him. It was a surreal experience for sure! 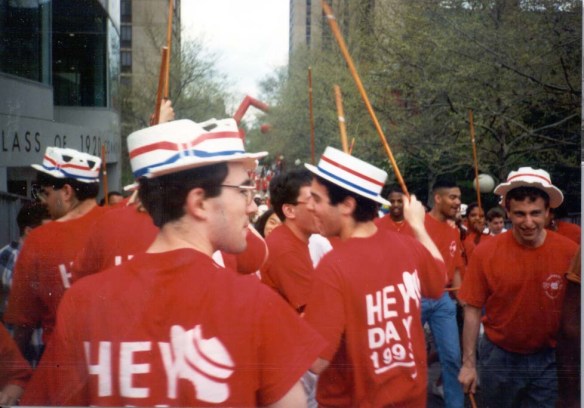 We made our way from Super Block, over the 38th Street Bridge.

And then we headed to the Quad.

I remember I had a blast that day…smooched a couple people amid the hustle and bustle and had a great excuse to act silly and irresponsible all day. What I remember most though is how I ended the day…meeting class of ’92 friends on Locust Walk. One friend (Name withheld), W’92, took a bite out of my styrofoam hat and then drenched me in beer head to toe. He told me it was part of the Hey Day tradition and to this day I am not sure if his claim was true or just a sneaky opportunity to soak me 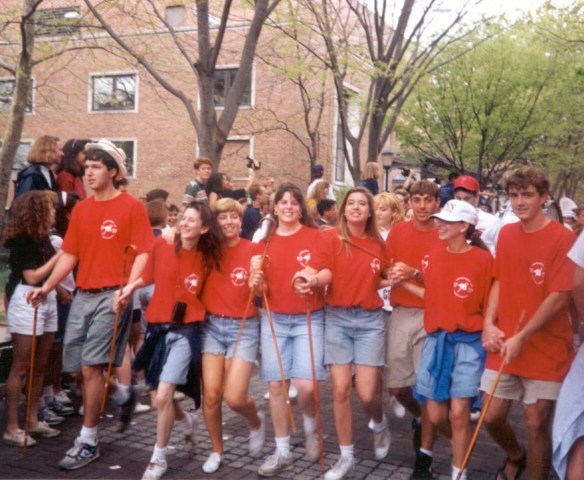 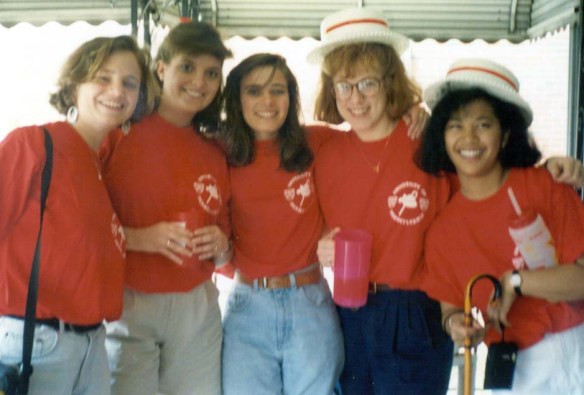 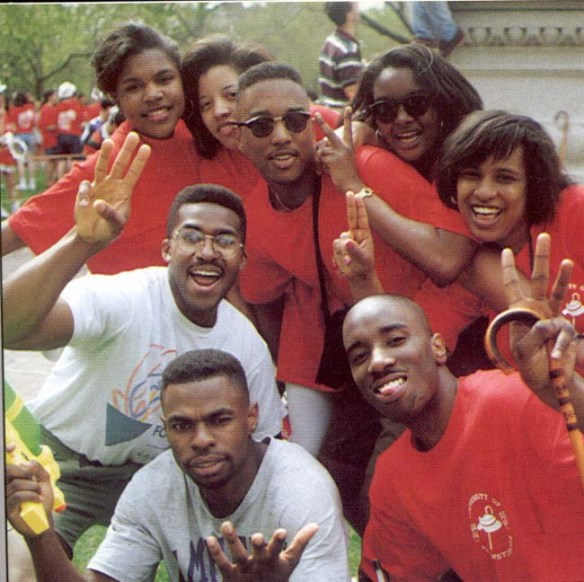 Congratulations to the Class of 2014 – we hope you have wonderful memories of today to share twenty-one years from now!

The Penn Archives shared the history of Hey Day.

See photos from today’s Hey Day on campus by following @UofPenn on Instragram or @Penn on Twitter. Hashtag is #HeyDay.

This was originally published on the Frankly Penn blog on April 24, 2013.