We made our annual pilgrimage to the LA Auto Show earlier this week, and as in year’s past, there is a lot to see and a little bit of something for everyone. Bring the family, bring the kids, bring your significant other, bring your car- loving friends, but hurry since the last day of the show this year is Sunday, December 9th.

While you can purchase tickets on site, you can save a few dollars if you purchase your tickets in advance online: https://laautoshow.com/tickets/. 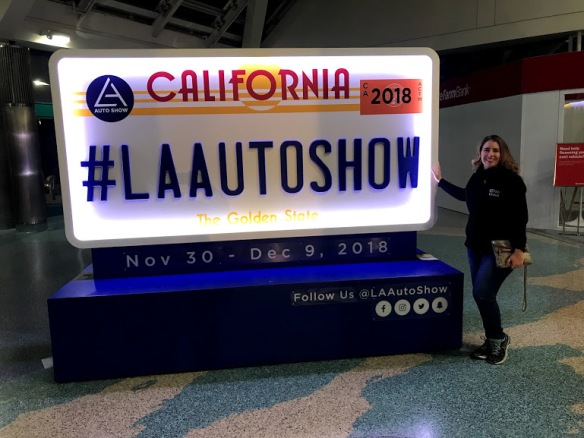 Here’s a video snippet of a sampling of some of the many cars on display at the Los Angeles Convention Center, home of the LA Auto Show.

Virtually every major car company is at the show, showcasing new cars and models. Some companies offered world debuts of their new cars, or US debuts, or auto show debuts. There were a few specific brands we always visit, and we made a point to stop in those booths. We did wander the entire show floor for a glance at everything. You could be there all day – we spent a good four hours wandering the show floor – which covers both major halls in the LA Convention Center – and still didn’t see everything.

My advice, look online at the show website in advance, to see if there is a particular car you would like to see. Check to see if you would like to test drive a car – several companies are offering this, but only until 5:00 pm. If you are bringing kids, look for kid-friendly displays, and let your kids sit inside the vehicles, they might have fun sitting behind the steering wheel for a photo! Then, be sure to wander and stop by some booths that are new to you. Be sure to visit the Galpin Auto display (in a room in between the two convention halls) and the Porsche exhibit (also off in its own area), and the “garage” down below for some custom cars and after-market suppliers.

The Ford booth had some netting overhead – an obstacle course for climbing through – great for kids. They also had a make your own Lego figure display – and then you could pose the figures in Ford Lego landscapes. 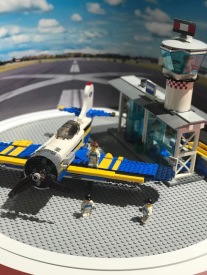 Mitsubishi’s area was in front of the Ford area – and you can see Honda on the left.

Climbing net above the Ford booth – fun for kids (and adults) to climb through during the show.

I liked the look – especially the interior – of this Hyundai concept car, Le Fil Rouge.

It was fun seeing the new Lexus UX – I drove this car for the A Girls Guide to Cars conference two weeks ago. 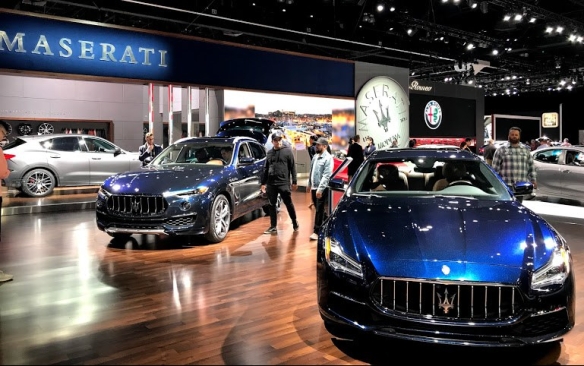 I love the trident on the Maserati grill. 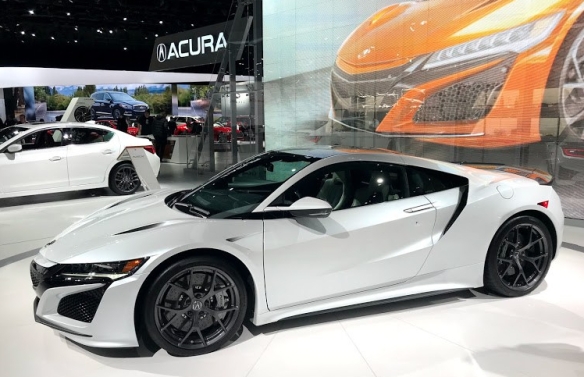 Beautiful styling on the Acura NSX

Rivian is a new company that aims to make rugged off-road electric SUVs.

I gravitated towards the Subaru booth this year. I am most familiar with their WRX, but the Outbacks really looked interesting, and then I posed in the new Ascent for a #SharetheLoveSelfie – Subaru is donating money to one of four charities for every selfie posted.

The Subaru Outback – I really liked it in black, and would love to test drive it someday.

Posing for a #SharetheloveSelfie, and Subaru will donate to a charity.

All the cars in the Mercedes Booth were stylish, but this one in particular stood out.

Ahh, had to stop by the Mercedes Benz booth, where all the cars are beautiful, but especially this 2020 GTR Pro

In the Volvo booth, the company said that it plans that 25% of plastic in its cars produced after 2025 will be recycled plastic. This seems very in keeping with the Volvo brand.

Volvo is committing to have 25% of all plastic in their cars produced after 2025 come from recycled plastic. Seems very on-brand for them.

Downstairs in the garage were custom autos and after-market vendors like Al & Ed’s Audio Sound and West Coast Customs.

In addition to seeing all the models in the VW booth, they had this fun screen that mirrored the movements of anyone standing in front of this. I imagine kids would find this endlessly entertaining. I sure did.

Galpin Autos had a large room to display their cars. This 2019 Aston Martin DBS Superleggera made me swoon. And how about this fun throwback pain scheme on this van and mini-wagon? 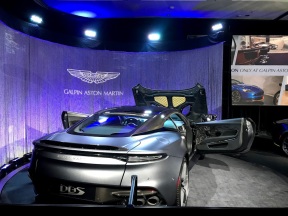 The Galpin display had this beautiful 2019 Aston Martin DBS SuperLeggera. 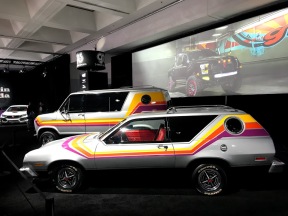 Galpin had many cars on display including this van and mini-wagon in fun 70’s era paint.

In the Jaguar booth, we spent a lot of time learning about the I-pace, Jaguar’s electric SUV. If you sign up to take a 90-second tour to learn more about the vehicle, you get a really nice Jaguar baseball cap. On the right pictured below is an interactive screen in the Jaguar booth, kids might find this entertaining. 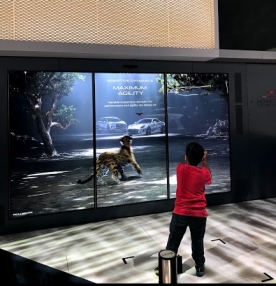 This interactive screen lets you follow the Jaguar with your movements

I liked the look of this all-new Mazda 3 (and since I drive a Mazda, I am partial to them). The hatchback was on a raised stage, but there was a sedan version in their booth that you could sit inside.

The all new Mazda 3.

In the BMW booth, I stopped by to see the M3 and M4. The M4 in a convertible, which sounds like a brilliant idea! 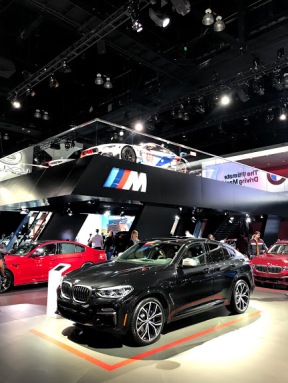 The BMW booth with a race car upstairs

In the Audi booth, they had a station where you could push pedals and hear the engine notes for different models.

The Grand Tour Game, related to the Amazon show, The Grand Tour, had an area outside on of the halls set-up with stations to play the game. And take a photo with a Porsche 918 Spyder. 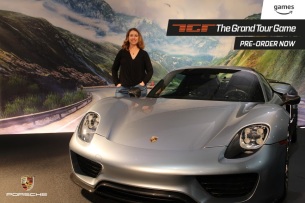 The Grand Tour had a display outside of one of the halls – and you could have your picture taken with this Porsche 918 Spyder.

There were also game stations set so you could play the game.

As usual, Porsche had its own booth…and you saw the just-announced Porsche 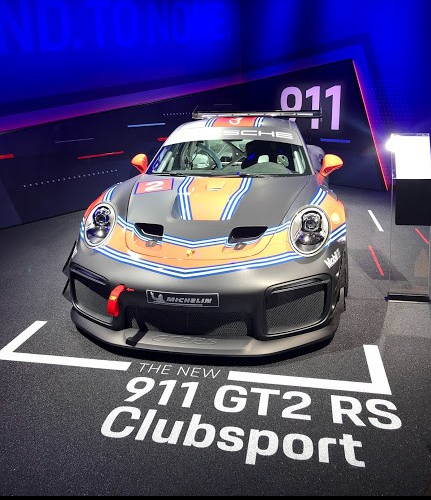 The Porsched 911 GT2 RS Clubsport – front and center when you enter the Porsche room.

These photos only represent a sampling of what I took the other night. There are many cars to see and learn more about, and there are fun activities sprinkled throughout the show that hopefully will delight the little ones.